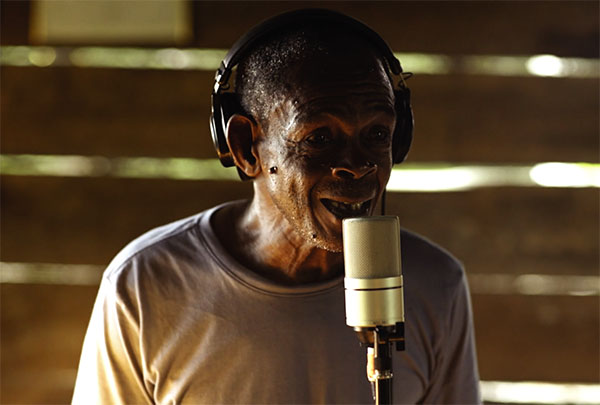 Music has always been an essential component in bringing about social closeness. One of its primary functions across societies is collective, binding people together to elevate our state of being. The Nômade Symbiosis project was born out of this philosophy — a project designed to create and develop musical activities and collaborations that contribute to the sustainable development of communities with a rich cultural music heritage.

Its purpose is to bring together great exponents of local folklore with contemporary electronic music producers on a journey exploring ancestral sounds and unique world cultures. The process and result of each cultural symbiosis aims not only to preserve cultural heritage, but promote social causes and contribute to specific needs of developing regions.

The first chapter celebrates a collaborative EP between Luis Maurette, Argentinian electronic music producer and multi-instrumentalist musician known as Uji, and master marimbero Hugo Candelario, Genaro Torres and Francisco Torres, members from one of the main lineages of musicians and luthiers of traditional marimba of the Colombian Pacific. 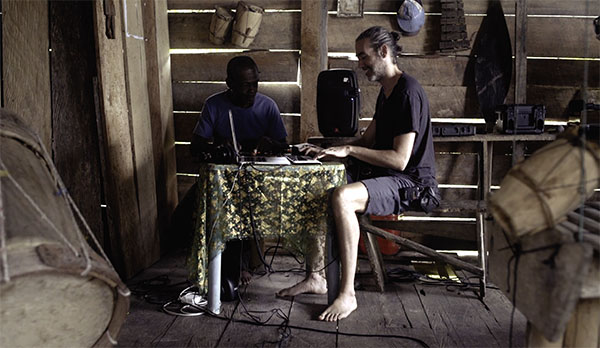 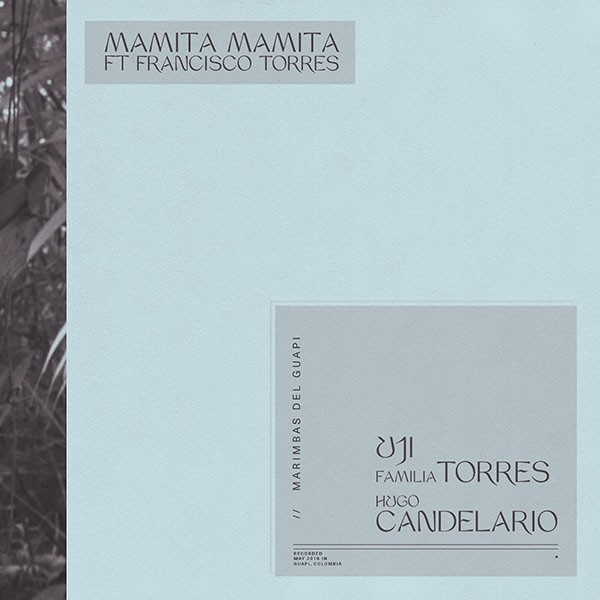 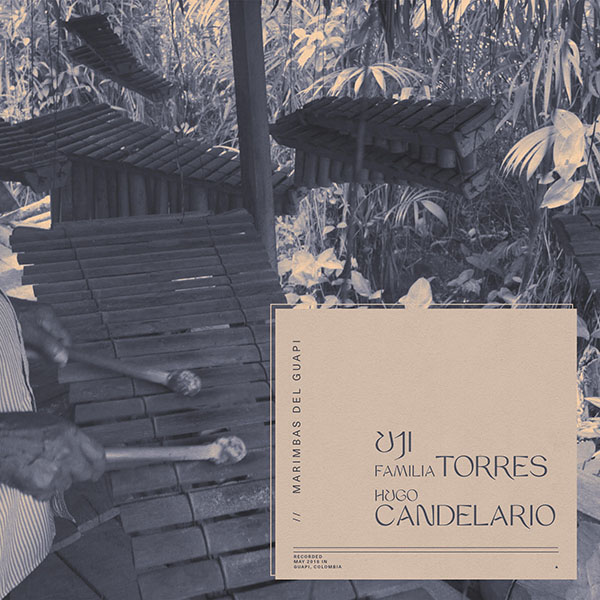 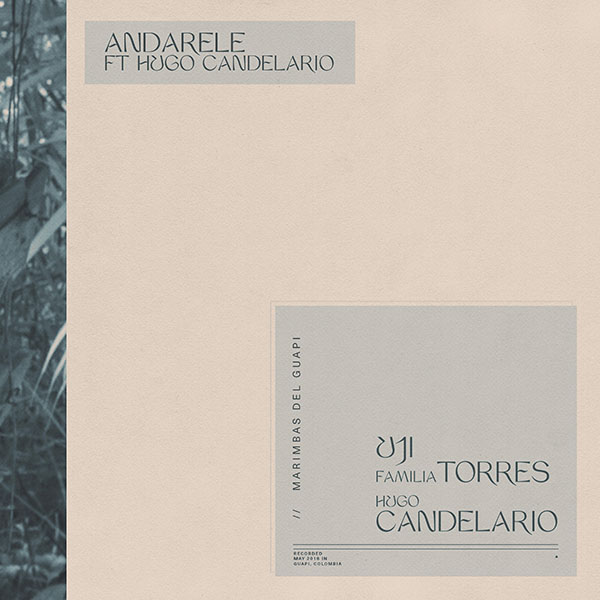 Recorded in the Torres family’s wooden house on the banks of the Guapi river, the making of ‘Marimbas del Guapi’ was not an easy task. The entire recording was powered by generators. The house, only accessible by boat, has no electricity and experiences regular flooding due to the rising river tides.

‘Marimbas Del Guapi’ has a hypnotic, impulsive and raw sound. The vocals and performance by Genaro and Francisco Torres convey deep human emotion, while allowing the rhythm to turn sorrow into joy. It evokes the jungle and the tides of the river, as if both the music and its surroundings were made of the same substance. These deep traditions evoke a true sense of being alive, touching the most primary parts of our humanity. In a way, marimba music is like pouring purifying pure water into our ears.

Proceeds from the album will be used to support the masters Genaro and Francisco Torres in their work to preserve the music of the South Pacific region of Colombia. 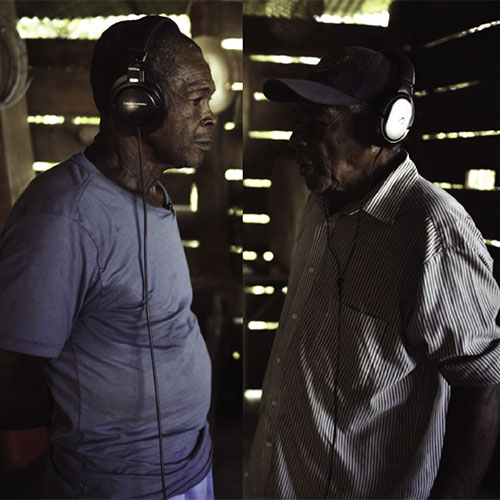 Master marimberos and luthiers of traditional instruments of the Pacific coast for more than 50 years, The Torres family are true guardians and heirs of their tradition, the construction and interpretation of chonta marimba. Their culture is kept alive and thriving in a workshop in Guapi where musical legends like Gualajo, Hugo Candelario’s master learned. It has become a sanctuary for Marimba de Chonta music.

Genaro and Pacho Torres’ music represents the deepest and purest sound of currulao; their music itself embodies the mysticism of the pristine jungles of the region, a sound resembling the endless sound of water. 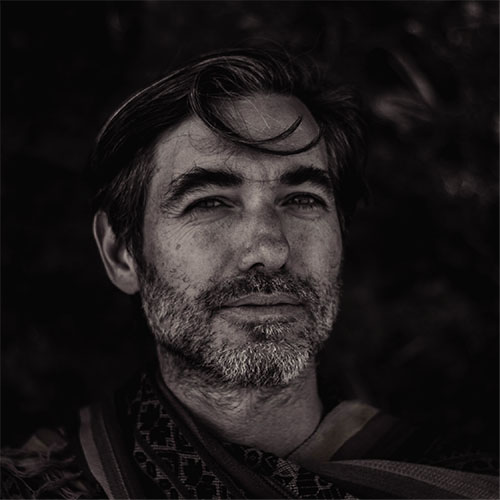 Uji is one of the most unique and forward thinking electronic music producers coming out of South America, whose trance inducing compositions fuse indigenous and natural soundscapes with the sound design and aesthetics of modern dance music.

Immersed in the language of traditional marimba de chonta music of the Afro descendant communities of the South Pacific of Colombia, Uji has traveled through the region on numerous occasions, participating in rites and ceremonies, and studying and collaborating with local musicians on past projects.

His powerful and energetic live performances have taken him on extensive tours around Europe, the US, Asia and Latin America, playing prestigious festivals such as ADE in Amster- dam and Mutek Montreal. 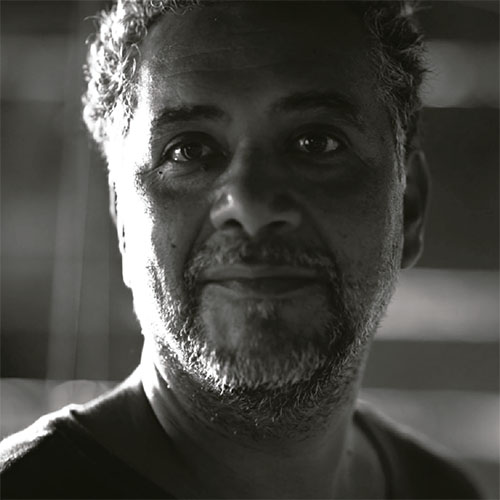 Hugo Candelario was born in Guapi in 1967. In the same way that Bob Dylan revolutionarily introduced the electric guitar to American Folk music, with various critics, Hugo Candelario broadened the panorama of folkloric music of the Colombian Pacific, introducing instruments such as trumpets and trombones, among others, in his music. Although his teachers are the guardians of the folklore of the Pacific, Hugo Candelario has taken the risk of creating new fusions, bringing coastal music to the world. He is a singer, composer, marimba player, saxophonist, musical director and researcher. He has dedicated his career to the dissemination of music from the Colombian Pacific region.

On Marimbas del Guapi, he teams up with Uji to create a symbiosis of the new realities and sounds in Guapi, the sacred homeland of the marimba.

Help us keep the legacy alive.

Support the Torres Dynasty, marimba de chonta music masters from Guapi in the Pacific region jungles of Colombia. All donations and proceeds from the album will be used to support the masters Genaro and Francisco Torres in their work to preserve the music of the South Pacific region of Colombia.

Donate to keep Marimba music alive.
Buy the album to explore the colombian pacific sounds.
Join us in the album launch virtual encounter.

Marimba de chonta is the instrument that connects all Afro-descendant communities in the South Pacific Region of Colombia. The mysticism and religious syncretism of this culture deeply rooted and connected to Africa has given a new soul and identity to this endless pristine jungles only shared with native indigenous. It is clear that in this part of Colombia, music is the language of nature’s spirit and where Africans kept their roots. Marimba de chonta is built under the endless rain of the forest and its sound responds to the ears of masters who have preserved their craft for generations.

The Guasas (large seed shakers), the deep bombo drums, and the cheerful cununo drums join the longing choirs in an ensemble that challenges western rhythm and harmonic standards for a unique music celebration that connect us to the core of humanity. Bunde, currulao, juga and arrullo are rhythms that move your body and soul like the tides of the ocean and the current of the rivers.

The South Pacific region of Colombia comprehends the vast majority of the states of Nariño, Cauca and Valle del Cauca, and it is the place where some of the purest pristine jungles of the planet are hidden between mangroves, endless rivers and the ocean.

Cities like Tumaco and towns like Timbiquí and Guapi are places where Afro-descendant culture has prevailed as a space of resistance against the long, historical armed conflict in Colombia, as well as illegal mining activity and narcotrafficking. Independent communities have organized around traditional knowledge and craftsmanship, fostering a strong identity around African ancestry. 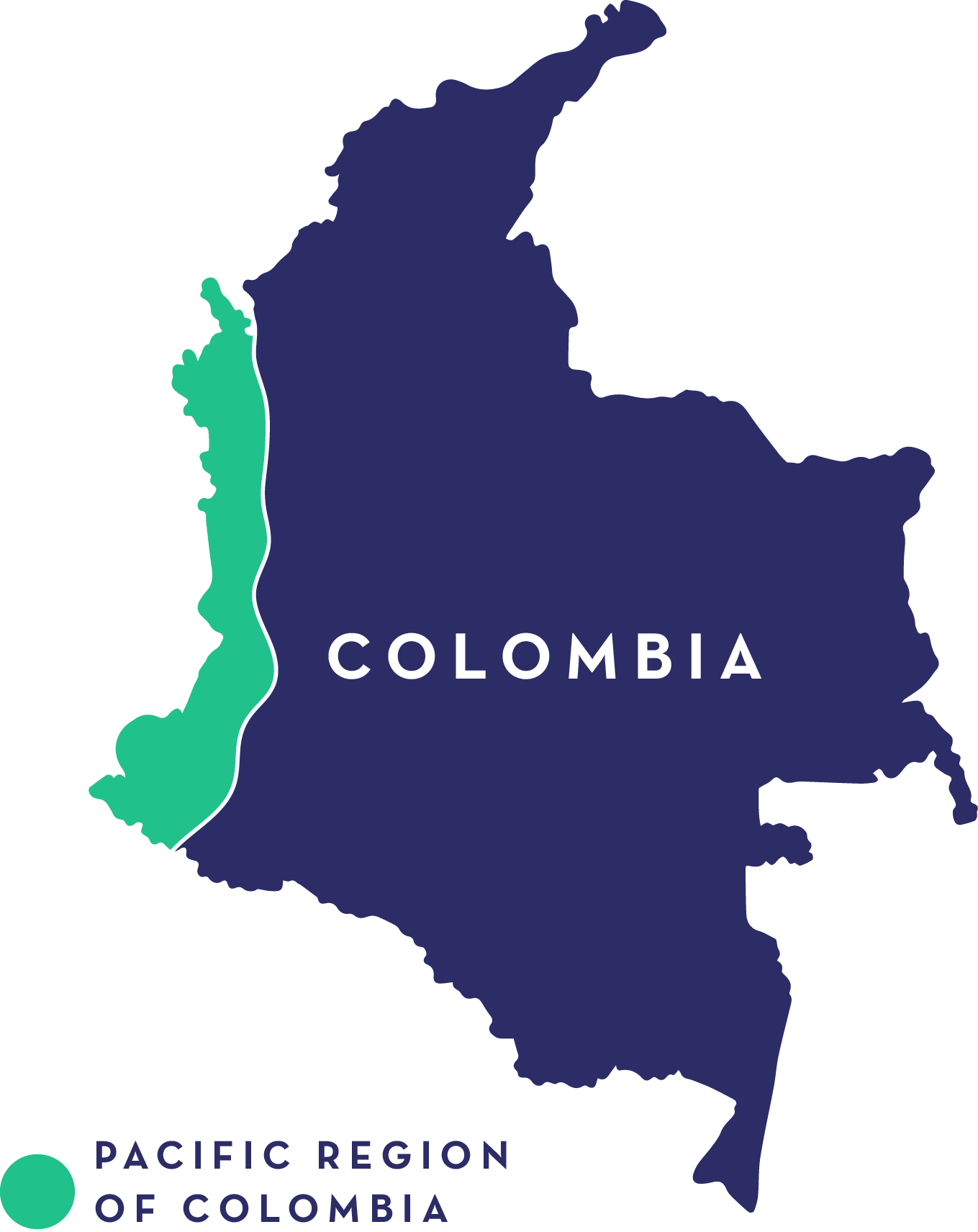 Marimbas del Guapi was commissioned by Nômade Group and Miracol Media, and published by Discos Pacífico, Llorona Records’ new label created in alliance with the Territorios de Oportunidad project. The project was made possible thanks to the collaboration and support of Festival Nomade, Fundación Gualajo, Resistencia Music and Free Radical Productions. 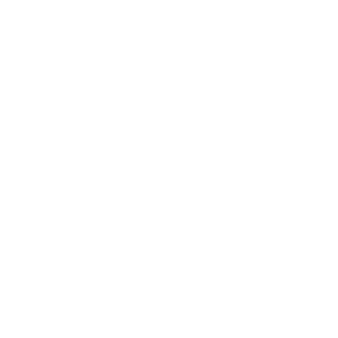 Since its inception, Nômade set out to create something new; an entirely fresh approach to hospitality centered around transformational human experiences. This unique approach to travel — one deeply rooted in culture, nature, magic, heritage — continues to guide the brand as it aligns with the logical flux of the world. Rather than any one singular destination, Nômade acts as an ever-evolving project to foster human beings’ emotional intelligence and enrich the communities in which we coexist. Nômade moves forward guiding the future of tourism and its impact on local ecosystems, impacting humanity and the planet as a whole.

Discos Pacífico is a record label that works as a creative laboratory for music from the Colombian Pacific region. Its aim is to present fresh and powerful sounds from the vibrant music scene emerging from places like Tumaco, Guapi, Timbiquí and Cali to the world. The record label is supported by the #TerritoriosdeOportunidad program which aims to create economic alternatives in regions affected by illegal economies such as the drug trade and mining.

Currulao, bambuco, bunde, abozao, arrullos and chigualos are a few of the rhythms that make up this vast universe of Pacific regional music, little known to the world. A universe as immense and deep as the Afro-Colombian culture it comes from. In the Pacific coast of Colombia, you sing when a woman gives birth to a child, you sing with the never-ending rain, you sing with the river and the ocean, you sing when you are fishing and everybody sings to you when you die. In a moment in which the unique music scene of the Pacific coast of Colombia is stronger than ever, Discos Pacifico is set on a mission: to showcase the best of this bursting music scene to the world. 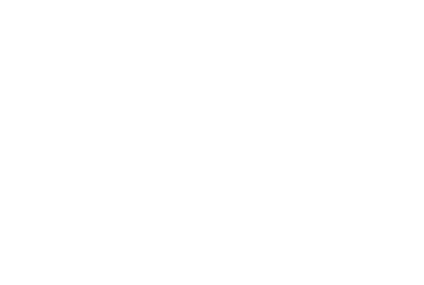 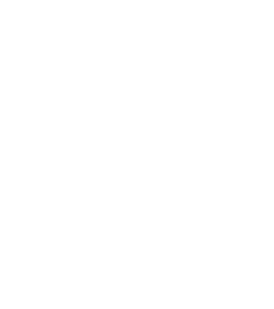